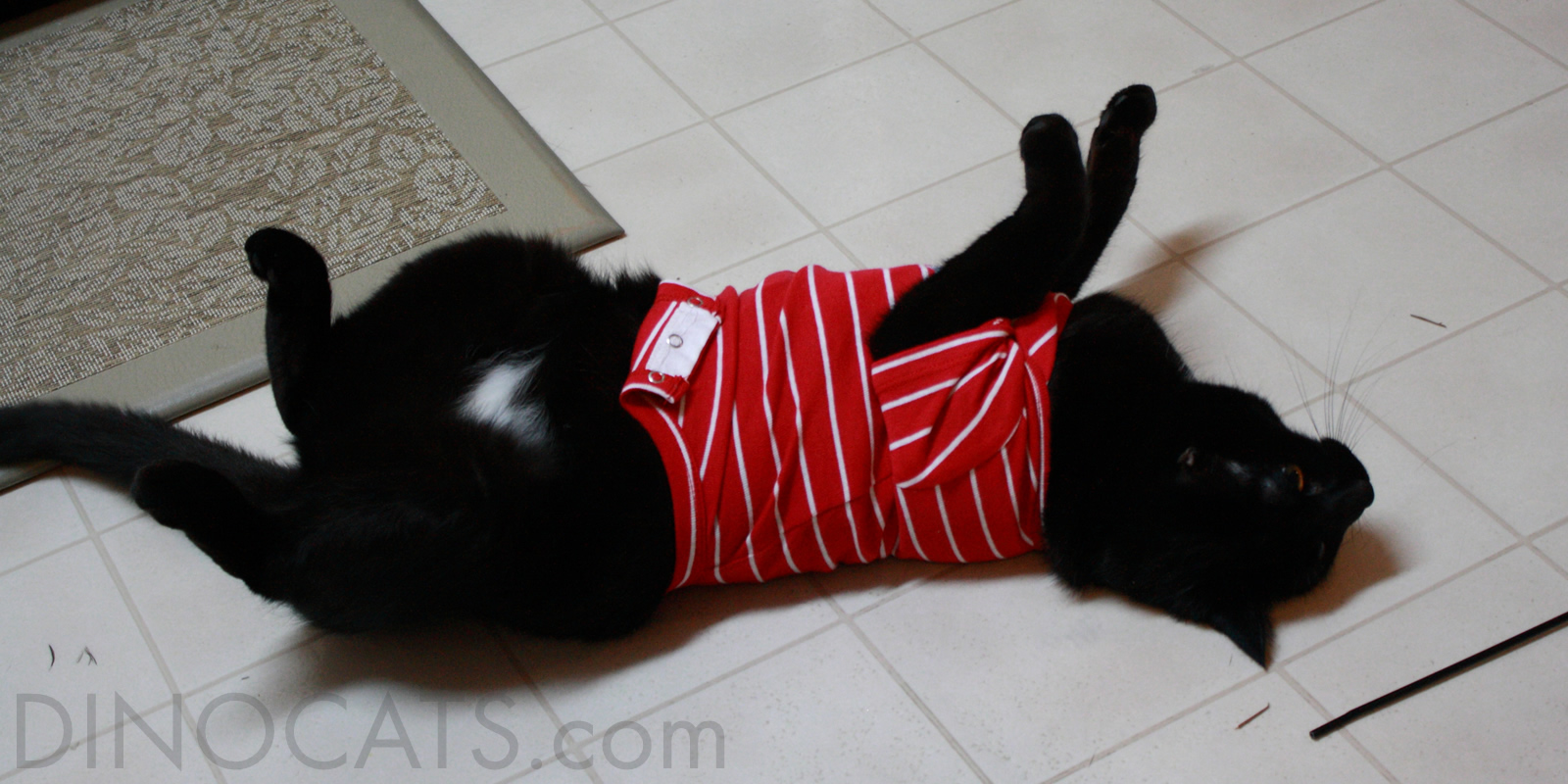 We had a bit of fun.

It was decided that Haunter would look dashing in a onesie.

He didn’t seem to think so! Here he is, looking up at Melody, with a look on his face that mostly conveys “why are you doing this?” You can see Gengar in the background, but he hasn’t realized what is going on, yet. 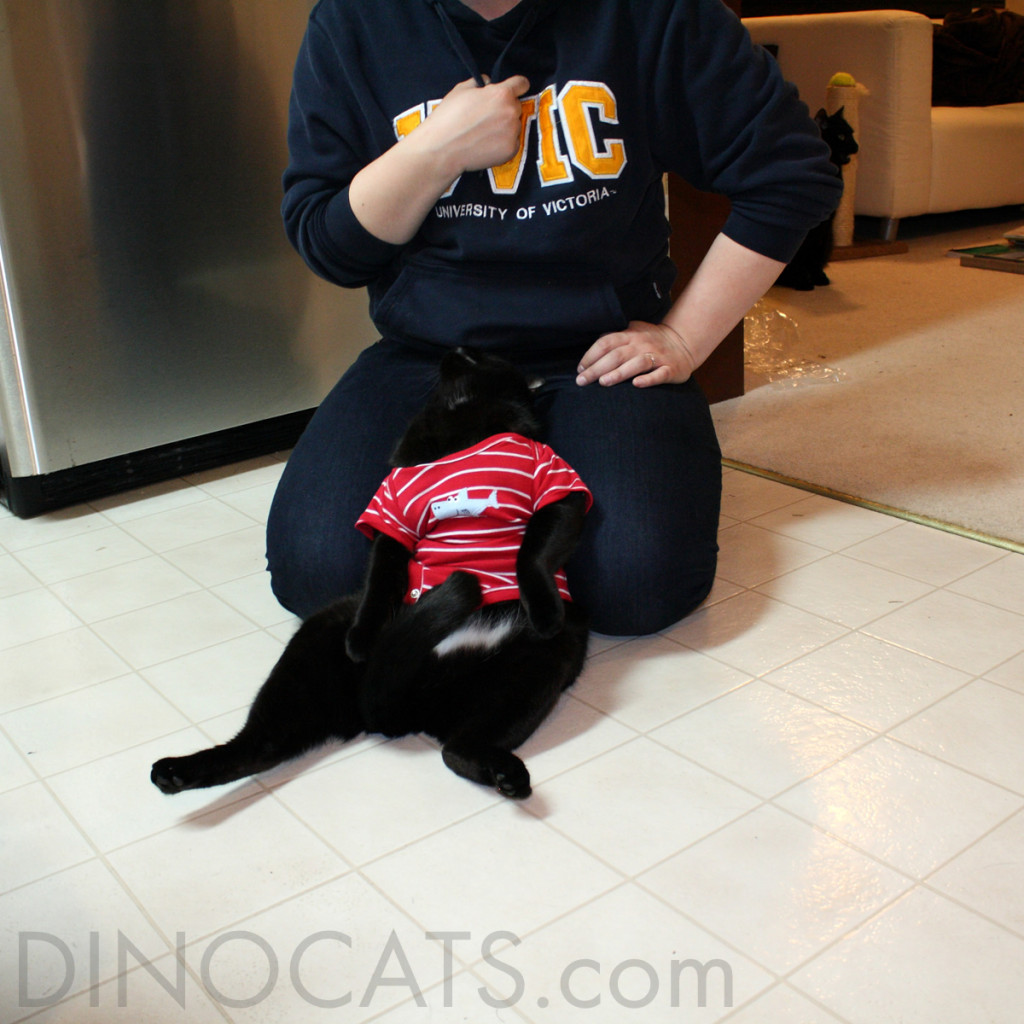 He looks so awkward with this shirt on (we didn’t bother fastening it around his bottom)! By now, Gengar has seen what’s going on, and is enjoying the show (Haunter has annoyed him a lot lately – sweet revenge). 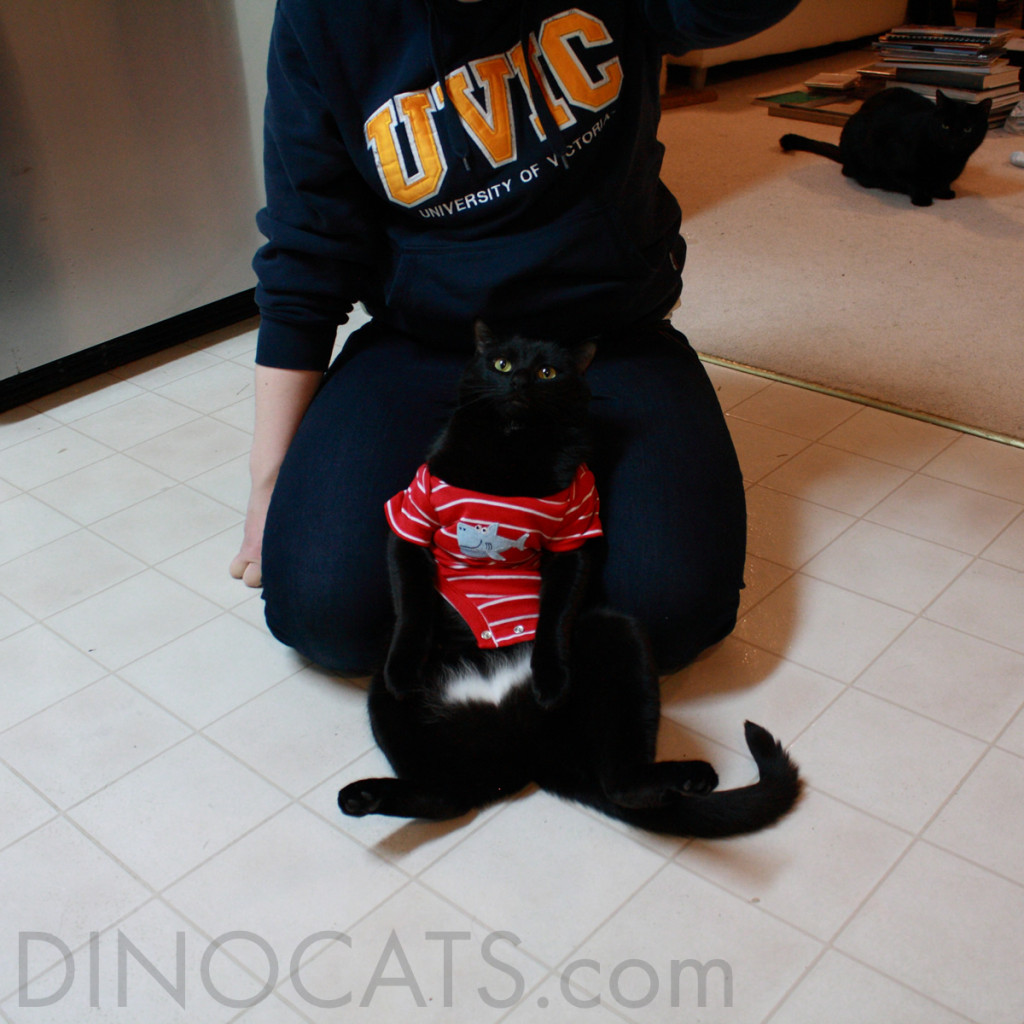 After this, he tried to walk around for a bit. Very awkwardly. He flopped over a lot. Passive resistance, I suppose. 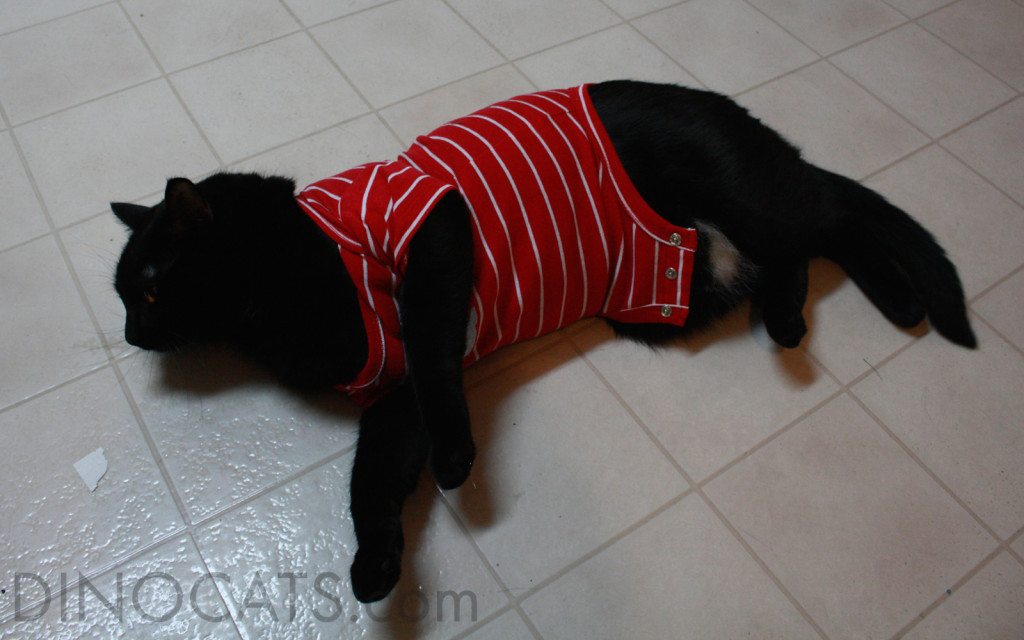 But pretty soon he was back to normal, and assumed his favourite position (the “I want belly rubs” position): 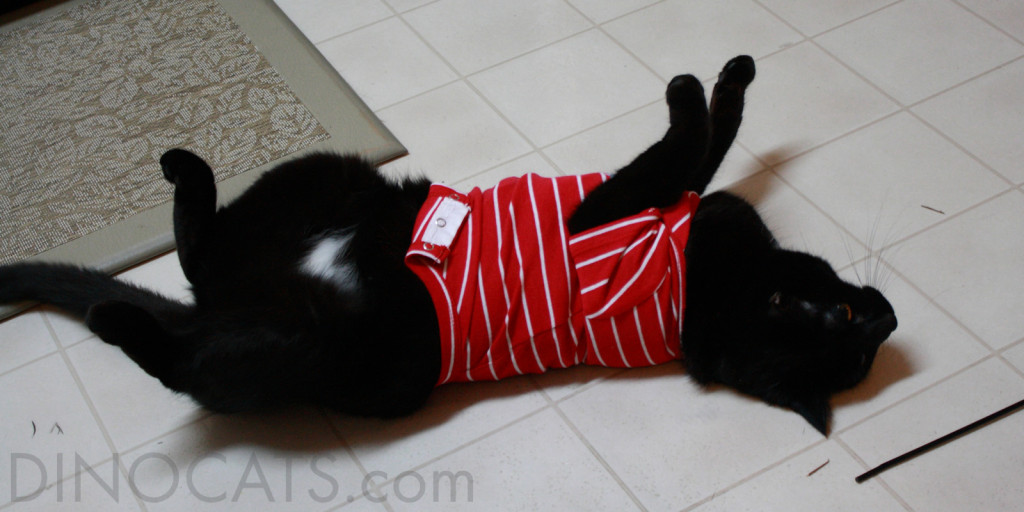 He was so cooperative! In the end he (and Gengar) got some treats. All’s well that ends well!