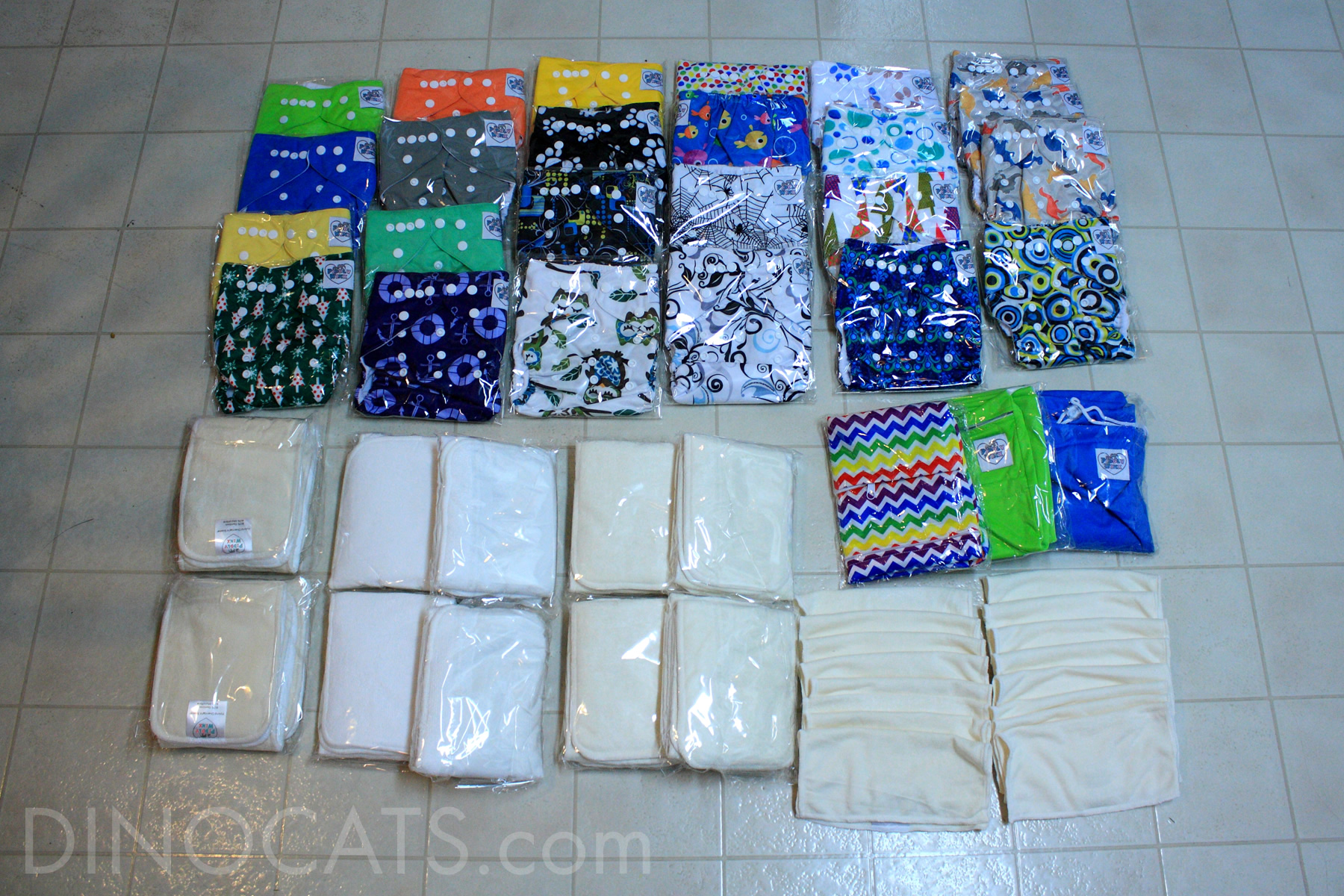 Another post I intended to make months ago: the diapers arrived!

A while ago, we had purchased 24 cloth diapers, with inserts, 16 cloth wipes, laundry bag, and 2 wet/dry bags from Piddly-Winx (a Canadian cloth diaper company). We chose to go with cloth diapers because, even though the start-up price can be a bit steep (we paid $289.00 for this package), it will save us thousands of dollars in the long run. Plus, we’ll be putting fewer disposables into landfills. We’ll be using disposable diapers for the baby’s first couple weeks – apparently baby poop is tar-like at the beginning and can actually ruin the cloth diapers – and will probably keep some around for emergencies. But every bit helps, right?

The box. Melody was really excited when this showed up at our door. What could be inside?

Diapers, obviously! Well, those are wipes. But there are diapers underneath! 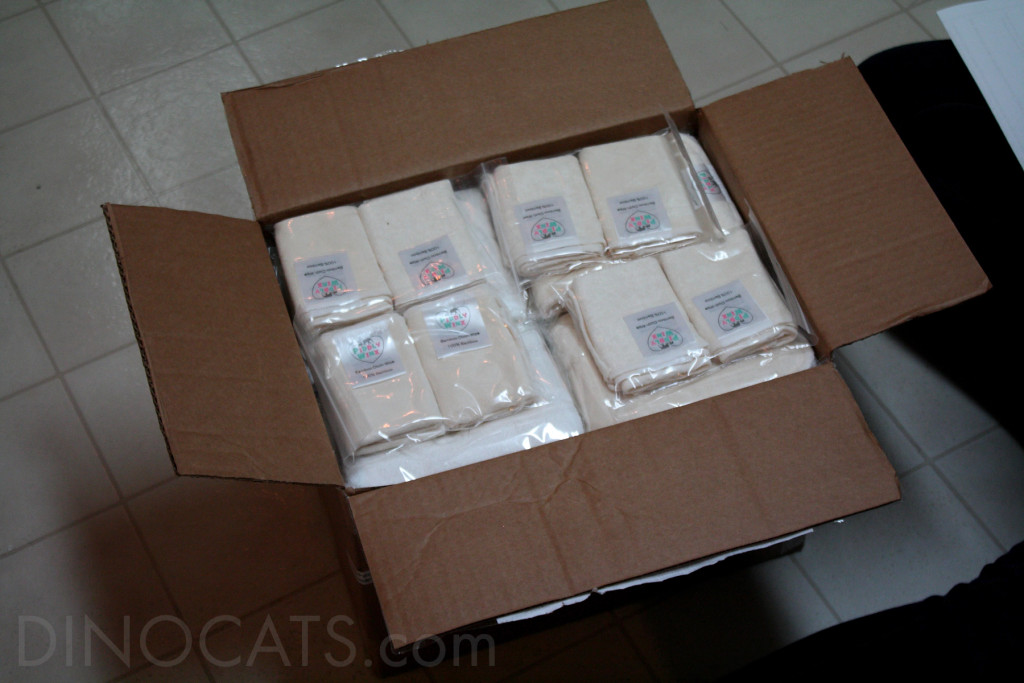 Melody decided to start unpacking and sorting them in the middle of the kitchen floor. It’s bright and has lots of space. 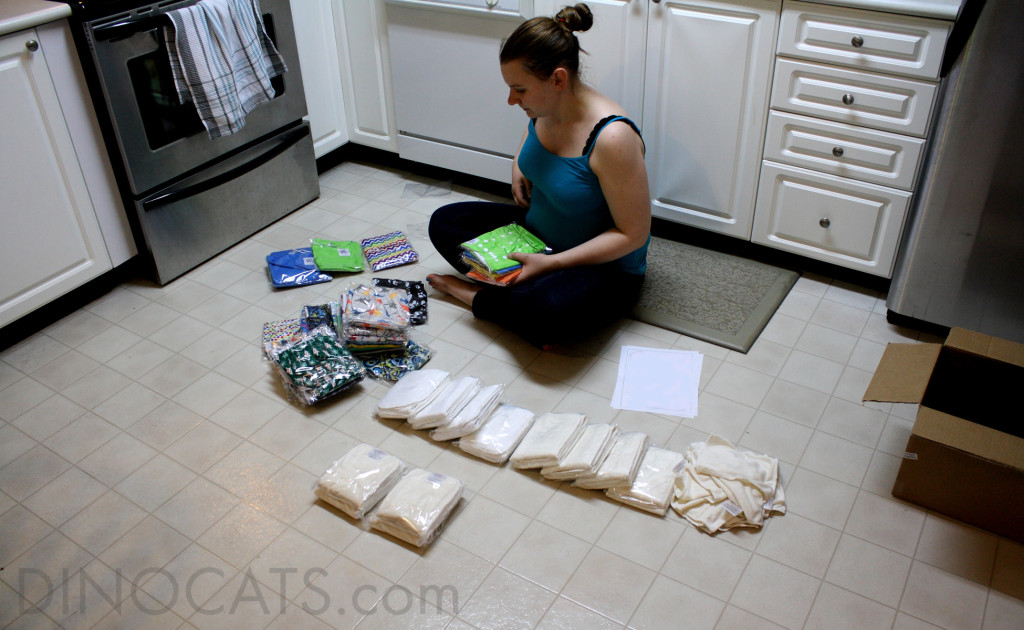 Melody wasn’t the only one who was excited. Gengar was too, but for a different reason! 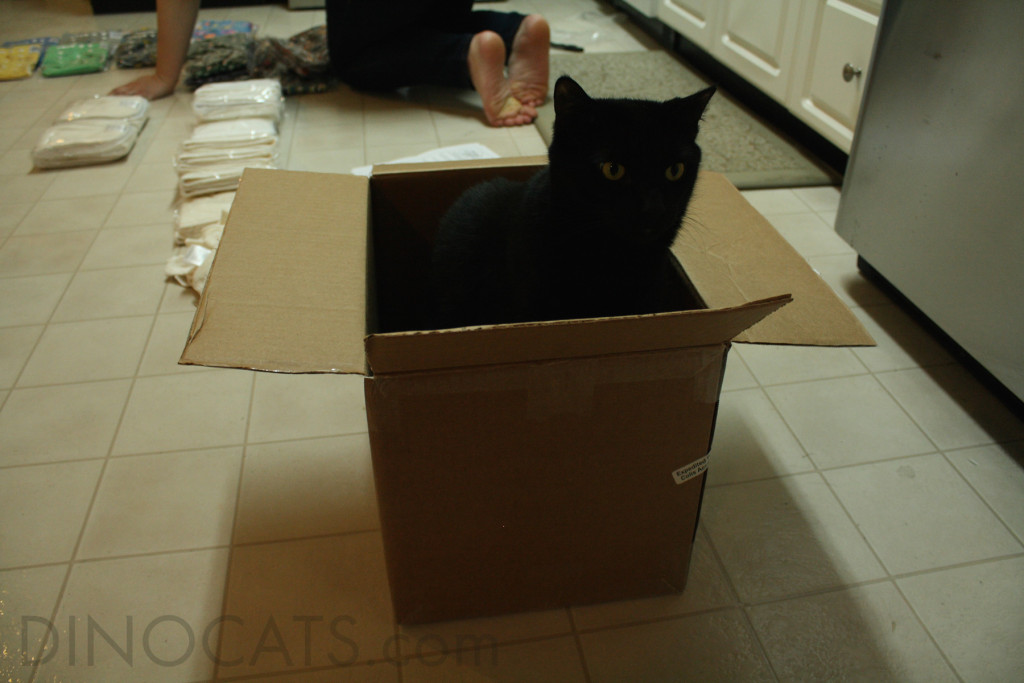 Gengar does not care about things, only the boxes they come in.

Here’s all the stuff on display, still (mostly) in packaging. 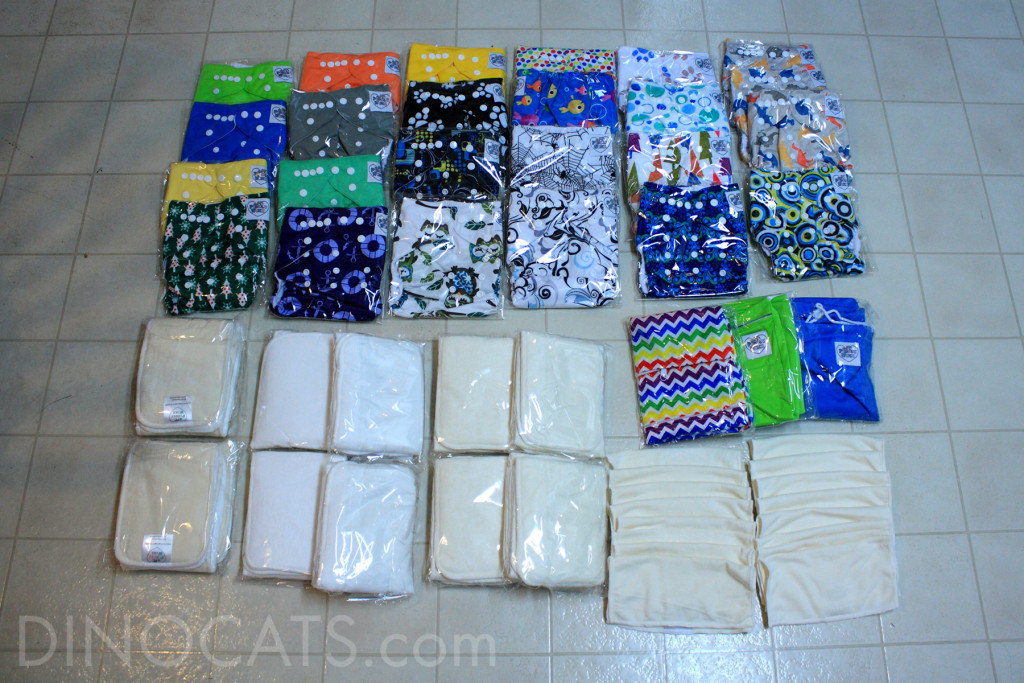 We have since unpackaged them and put them away in the dresser. They look pretty neat and organized in there, maybe I’ll upload a shot of that later.

April 1, 2016 Edit: Mel noted that there wasn’t a shot of the diapers inside the dresser, and suggested we fix this oversight. See below! 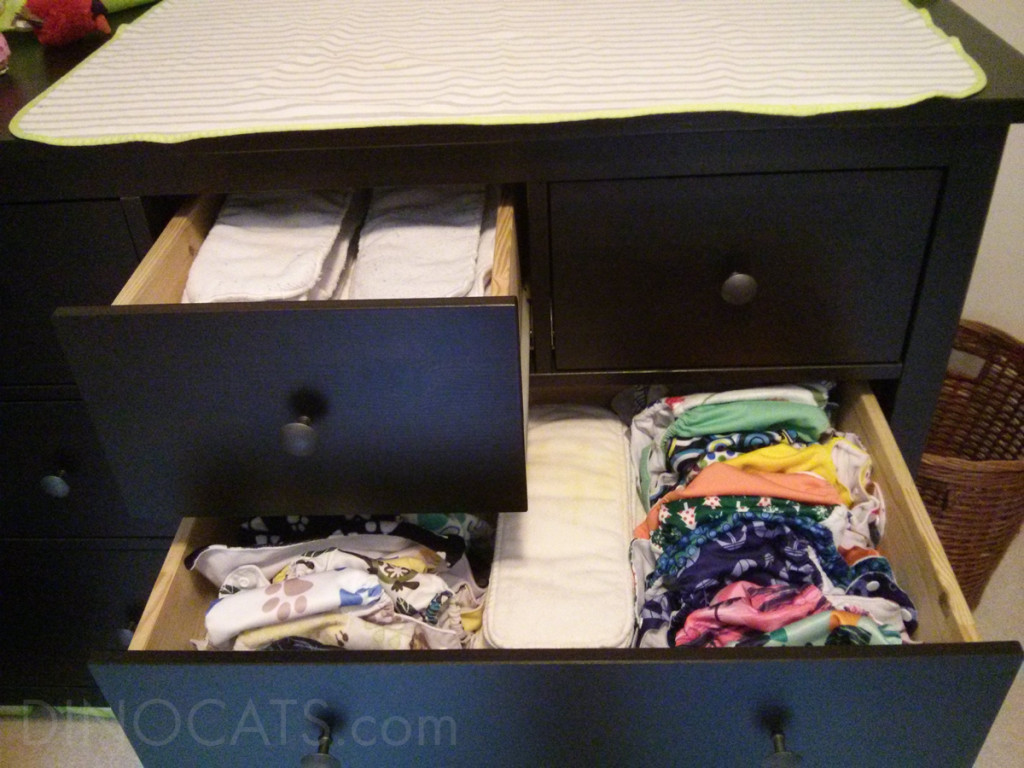